Child Paragraph
Underwater grasses, also known as submerged aquatic vegetation (SAV), are a critical nursery habitat for many aquatic creatures and help to improve water quality. These underwater meadows are one of North Carolina's most valuable, and fragile, aquatic resources. Submerged aquatic vegetation plays a crucial role within our coastal ecosystems, with a single acre of grasses supporting as many as 40,000 fish and 50 million small invertebrates. In addition to providing habitat for creatures such as blue crabs, scallops, shrimp, and juvenile fish, underwater meadows improve water quality by absorbing excess nutrients and generating oxygen. Grasses decrease wave energy, helping to protect shorelines from erosion, while their roots increase water clarity by holding sediment in place. All these ecosystem services provided by seagrasses make them one of the most valuable habitats on the planet.

Because of how North Carolina’s barrier islands shelter our sounds from wind and waves, the Albemarle-Pamlico region has more than 136,000 acres of submerged aquatic vegetation – putting it in the top three states in the country for SAV abundance. This estuarine system also contains half of the juvenile fish habitat from Maine to Florida, making the state of its SAV an issue of regional importance. It’s this unique resource that scientists and managers, including those who are part of the Albemarle-Pamlico National Estuary Partnership’s (APNEP’s) multiagency Submerged Aquatic Vegetation Team, are working together to protect from water quality issues that threaten this habitat. 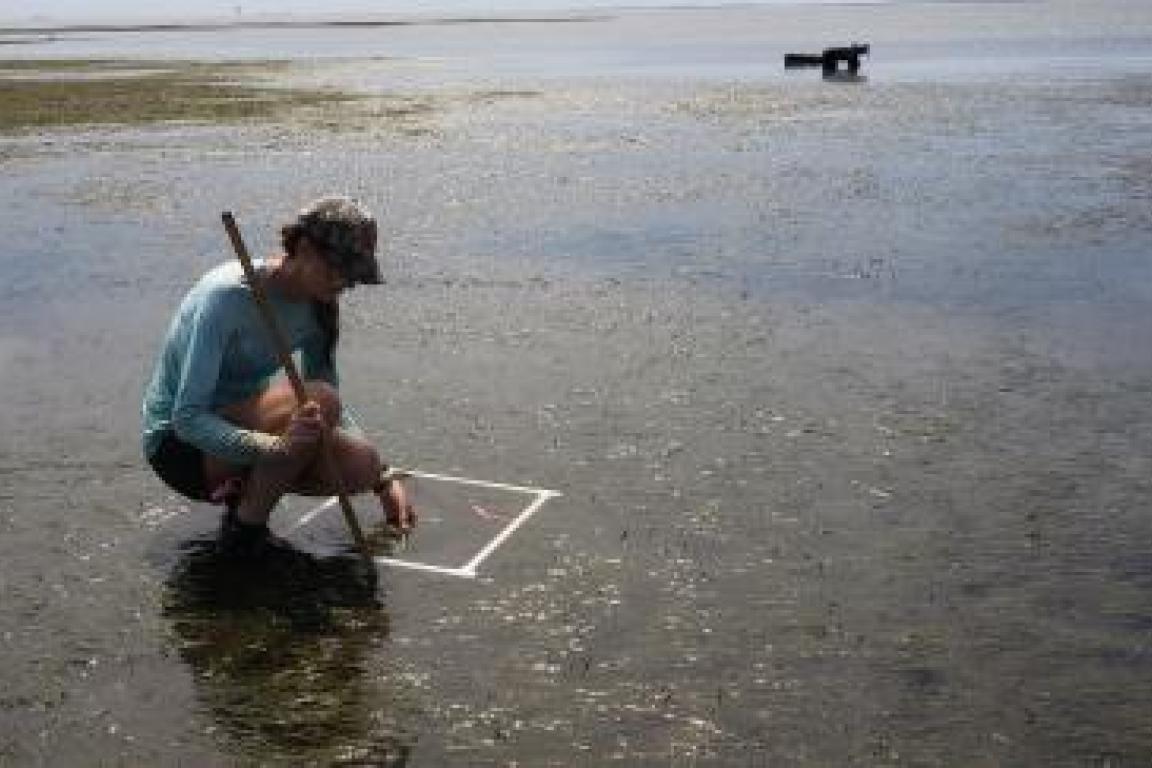 Read the SAV Team's Report on the State of NC's Seagrasses

The APNEP Submerged Aquatic Vegetation Team has published a report to discuss observed changes between 2006 and 2013 in the estuary's high-salinity seagrass extent. It is accompanied by an interactive StoryMap that guides readers through the Team's published maps and their potential implications for the health of North Carolina's estuaries. 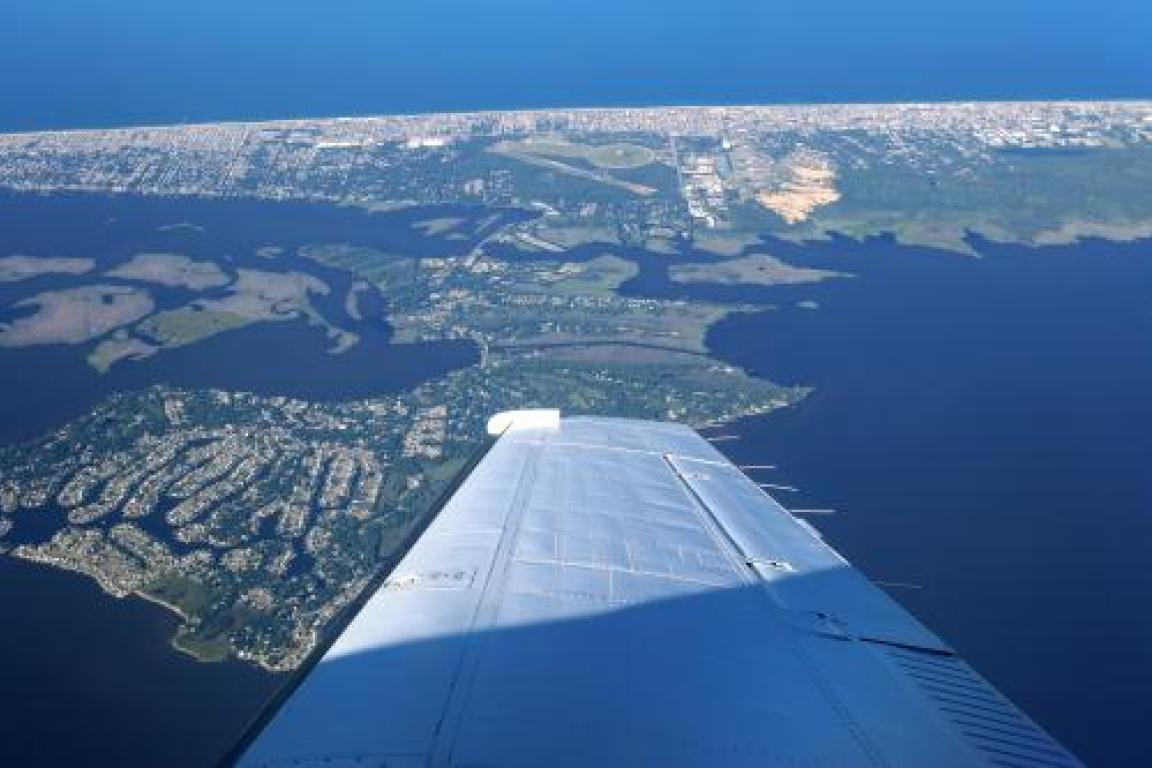 Since 2001, an Albemarle-Pamlico SAV partnership has collaborated with the long-term goal of determining where the region’s underwater grasses are located and if their overall extent and density is changing over time. Monitoring SAV is important because it serves as an indicator of overall water quality - if SAV is flourishing, it means that the environment is as well. The partnership has already taken its first steps towards assessing the extent of underwater grasses in the region. In 2011, the SAV Team published a baseline map of submerged aquatic vegetation using data from aerial flights from 2006 through 2008, and in 2019 published a follow-up map based on data from 2012 through 2014.

The monitoring of SAV by APNEP and our partners has resulted in the publication of two maps of SAV in the high-salinity portions of our estuary. Check out the map below to see the 2012-2014 and 2006-2008 SAV maps. The data and metadata for these maps are also available on the NC Department of Environmental Quality's ArcGIS Online portal.

These two maps, used together, will help the group to analyze how the extent and density of underwater grasses has changed over the past half-decade as well as determine if there are any areas where SAV is disappearing. APNEP and its partners will use this information to develop protection and restoration strategies for SAV and fish species in the region.

The aerial surveys that were used to produce these maps are an efficient means to monitor changes in SAV extent over large areas, but in some areas visibility is diminished by relatively turbid waters. Furthermore, aerial surveys can only be conducted relatively infrequently due to funding constraints.

To address challenges in tracking "hidden" SAV in turbid water, and to detect significant trends more quickly (including changes in species composition), APNEP began coordinating a SAV Sentinel Network in 2014. The sentinel network combines boat-based sonar and video technology with in-water observations to track SAV at stations dispersed throughout the sounds. The boat-based protocols were tested on Albemarle Sound in 2014 and the first installment of sentinel stations occurred there in 2015. 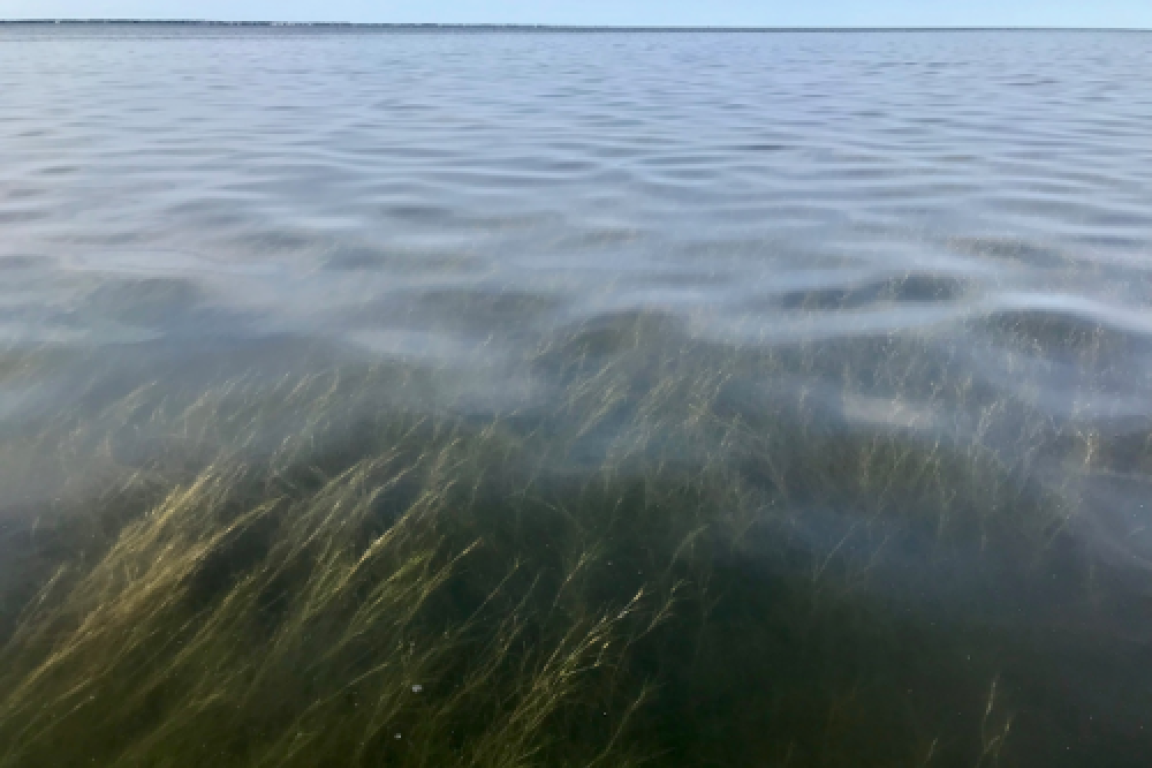 Immerse yourself in the story of Albemarle-Pamlico estuary's submerged aquatic vegetation through this ArcGIS Story Map, which will guide you through the SAV Team's recent mapping efforts to showcase how this fragile resource is changing over time.

Learn Why NC's Seagrasses Are 'Out of Sight, But Not Out of Mind'

Watch a recorded talk at the NC Museum of Natural Sciences by APNEP SAV Team Lead Dr. Jud Kenworthy, part of the NC Office of Environmental Education's Lunchtime Lecture series. Dr. Kenworthy provides insight into the state of North Carolina's seagrasses and discusses why although this resource is largely out of sight, it should never be out of mind.

In 2020, APNEP partnered with the NC Division of Marine Fisheries and The Pew Charitable Trusts to coordinate a technical workshop for SAV and water quality experts in North Carolina, with the goal of discussing the connection between clean waters and SAV health. These discussions will inform the 2021 Coastal Habitat Protection Plan (CHPP) as well as help define short- and long-term strategies for SAV protection and restoration in the state.
Child Paragraph

Learn more about APNEP's SAV Team, which works throughout our region to protect and restore its underwater grasses.