The communities along the Chowan River and Albemarle Sound in northeastern North Carolina have a centuries-old connection to the region’s many waterways. In fact, Edenton, a small town at the confluence of the Chowan and Roanoke Rivers, was one of North Carolina’s first colonial capitols from 1722 to 1743 and the area has been home to present day and ancestral American Indian communities. “People whose families have been here for hundreds of years have made their livelihood off these waterways,” explains Colleen Karl, Chair of the Chowan-Edenton Environmental Group. “They’ve fished, they’ve used that water for agriculture and for a lot of different reasons. The water is part of their history and culture; it’s all bound together.” 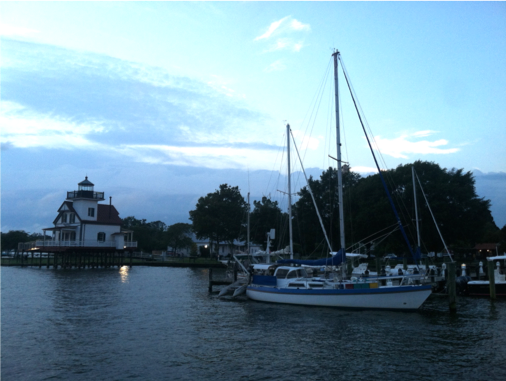 Colleen and the Chowan-Edenton Environmental Group, or CEEG, want to ensure future generations have the same opportunity to forge a connection to the water. The CEEG, a citizen group organized around 2007 to tackle environmental issues in and around Edenton, has more recently become a nexus for efforts to monitor water quality in the area. This includes using the power of citizen science to investigate the puzzling return of seasonal algal blooms to the Chowan River and Albemarle Sound.

Tied to human-caused nutrient increases entering the water, algal blooms in northeastern North Carolina began to increase in frequency and severity during the second half of the 20th century. In addition to the unsightliness and foul odor of the blooms, this overabundance of microscopic algae can produce toxins that make people and animals sick. Until blooms began to reappear on the Chowan a few years ago, it was thought that stricter nutrient management strategies  adopted in the 1980’s were enough to keep them in check. In response to their mysterious reappearance, CEEG citizen scientists have been collecting data that is helping researchers discover what is causing the blooms and what threat they pose to human health, as well as engaging with local communities to keep people informed.

Standing Up for Water Quality

After a large algal bloom settled in Edenton Bay during the summer of 2015, “we realized that we needed to get folks in the community together to talk about water quality,” Colleen remembers. Although the 2015 bloom was the most pervasive, algal blooms have reappeared every year since. The Chowan-Edenton Environmental Group has worked on a variety of environmental issues, but investigating these algal blooms has become the centerpiece of their citizen science efforts.  “We were in the right spot at the right time to help,” says Colleen.

The passion CEEG members have for conserving the Chowan is deeply rooted in the region’s historical and cultural ties to the water. “In a way, this area is frozen in time,” Colleen remarks. “You have all this old North Carolina history sitting right here. All this wonderful cultural heritage is also worth preserving, right along with the environment.”

The algal blooms therefore threaten both the region’s ecosystems and cultural heritage. “It’s a big problem,” acknowledges Colleen, “and we can’t do anything without hard data to help us out.”

In order to gather the information needed to move towards a solution, the Chowan-Edenton Environmental Group has partnered with organizations across the region to collect and analyze water quality data. Collaborative efforts like these, many with academic researchers who focus on data interpretation while CEEG collects samples and does community outreach, have taken shape as the blooms have developed into a chronic issue. One NC Sea Grant Community Collaborative Research Grant-funded project with Dr. Nathan Hall of the UNC Institute of Marine Sciences involves running experiments in Edenton Bay to determine which nutrients are playing the biggest role in algae growth. Another CCRG project, with Dr. Astrid Schnetzer from NC State University, aims to measure bloom toxin levels and determine the potential for these toxins to accumulate in other parts of the food web.

Outreach Makes the World Go Round

Alongside these research efforts, the Chowan-Edenton Environmental Group views keeping the local community engaged as an integral part of their work. Their outreach efforts include holding public forums about the blooms, creating an algae identification and cell-counting app that will expand opportunities for citizen science, and constructing an informational kiosk on the Edenton waterfront to communicate the results of recent research and promote upcoming CEEG programs.

CEEG plans to continue their work on algal bloom issues for as long as the blooms keep occurring. Alongside their current research, they will contribute to data collection for the 2020 APNEP-NC Sea Grant Joint Fellow, Haley Plaas, who is studying the potential for algal bloom toxins to aerosolize into the air. Other water quality projects will also continue, such as work on an Albemarle Resource Conservation and Development Council project that has enabled the group to collect consistent water quality data in the Chowan River and the Potecasi Creek tributary.

“The algal blooms have helped us to forge relationships with partners we probably have never otherwise had,” says Colleen. “We’re learning as we go along about what we can do and the best ways to help.”

Interested in getting involved with the Chowan-Edenton Environmental Group? Check out their current initiatives on the CEEG Facebook page, and send them a message to learn more!