Standing by the sandy bank of the Neuse River just east of Raleigh, a 5th-grader holds out her small plastic cup, and at first glance it looks like there's nothing inside it but water.

"There's definitely a baby shad in there," she insists, pointing to the bottom of the cup, and as I look more closely I can see the tiny fish swimming around - almost like a wriggling white thread with black specks for eyes. This shad larvae is just one of thousands being raised by schools across eastern North Carolina this month as part of the Shad in the Classroom program, and thanks to the hard work of these students will soon be making his or her new home in the waters of the Neuse River.

Part environmental education, part species restoration, the goal of Shad in the Classroom is to support the restoration of American Shad populations in the Neuse River while fostering a sense of environmental stewardship teaching students about issues related to water quality, ecosystems, and watersheds. As classrooms watch their shad eggs hatch into baby fry in classroom tanks before traveling to release them in the river, they also develop a more concrete sense of what's at stake when we don't take action to protect these ecosystems. Through the collaborative efforts of APNEP, the NC Museum of Natural Sciences, US Fish and Wildlife Service, NC Wildlife Resources Commission, and students from NC State University and East Carolina University, Shad in the Classroom is also able to offer teachers accompanying activities that can further deepen student's learning such as fish dissections and gyotaku, or fish printing.

As anadromous fish, shad spawn in freshwater rivers and travel out to sea and live most of their adult lives in saltwater before returning to the rivers where they were born to lay their eggs. Shad in the Classroom's watershed approach reflects this, with some shad release days taking place far upstream and others close to where the river meets the sound. Each shad release day is unique - classes range from elementary school up through high school, and while all participate in the shad release, some will also conduct macroinvertebrate sampling, water quality testing, or take nature walks.

APNEP staff were lucky enough to be able to help out with egg deliveries and shad releases across our region last week. Below we've assembled some of our favorite snapshots, capturing sunny and rainy weather, from sites upstream to the mouth of the estuary.

Interested in learning more about Shad in the Classroom or in getting involved with the program? You can learn more about the initiative on our website or the NC Museum of Natural Science's website.

Although the Neuse River technically begins north of Raleigh - the Eno River, Flat River, and Little River tributaries flow from the upper reaches of the watershed - for shad its beginning is in eastern Raleigh just downstream of Falls Lake Dam. Shad can't swim past the dam, and so it represents the end of the line for shad as they travel upstream. 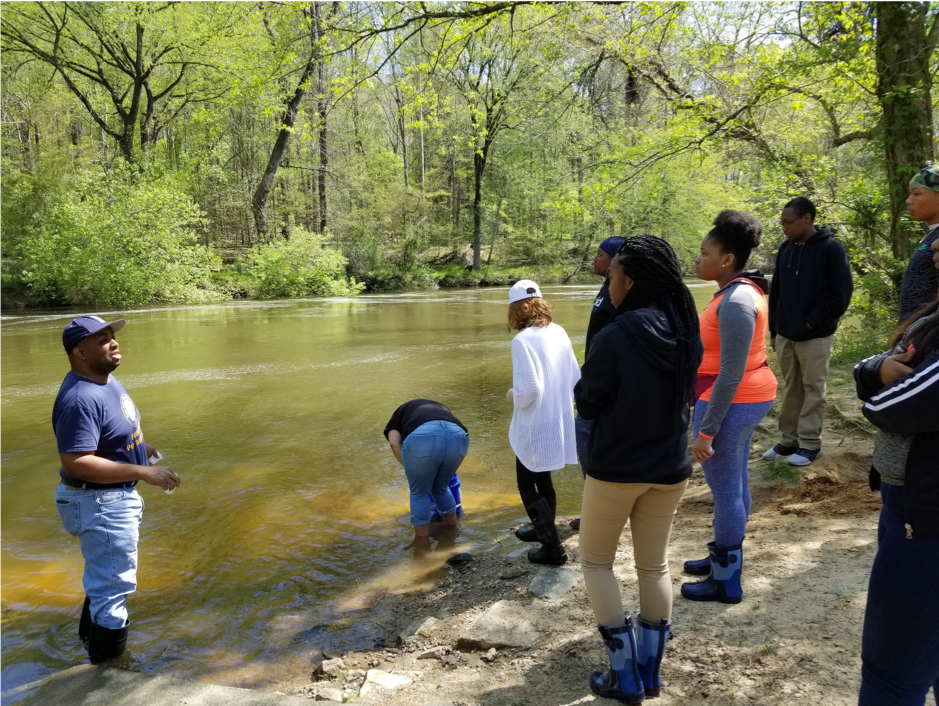 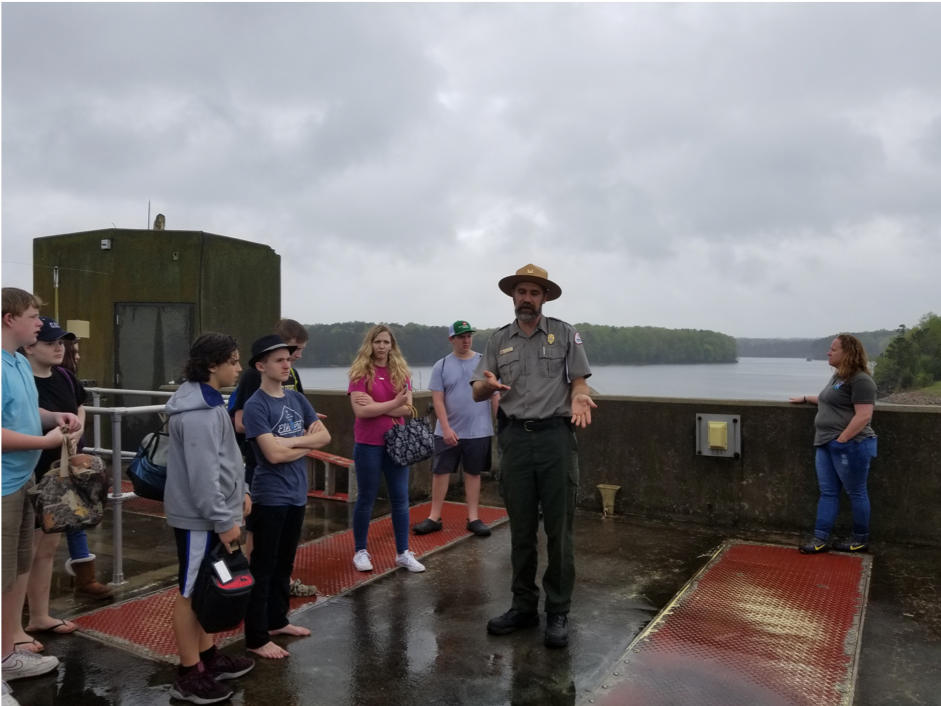 Downstream, students also released shad at the site of the Milburnie Dam, which was demolished in late 2017. Its removal opened up miles of river to shad and other migrating fish, making the Neuse accessible all the way up to Falls Dam. To learn more about North Carolina's history of removing dams to improve fish migration, check out this recent Soundings blog post. 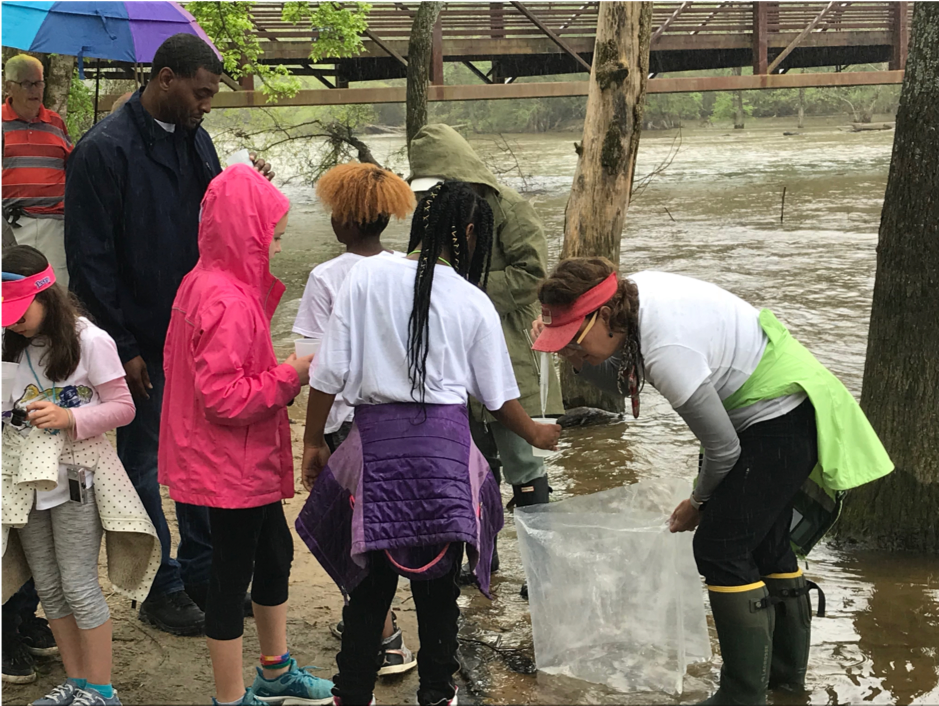 Rain or shine the shad must be sent home, and 5th graders from Ballentine Elementary in Fuquay-Varina spent a misty morning at their shad release. NC Department of Environmental Quality Secretary Regan and NC Department of Natural and Cultural Resources Deputy Secretary Wilson attended the release to support both the Shad in the Classroom program as well as the NC Office of Environmental Education's Environmental Education Certification Program. In addition to releasing shad, students hunted for macroinvertebrates, conducted water quality tests, and went for a nature hike. 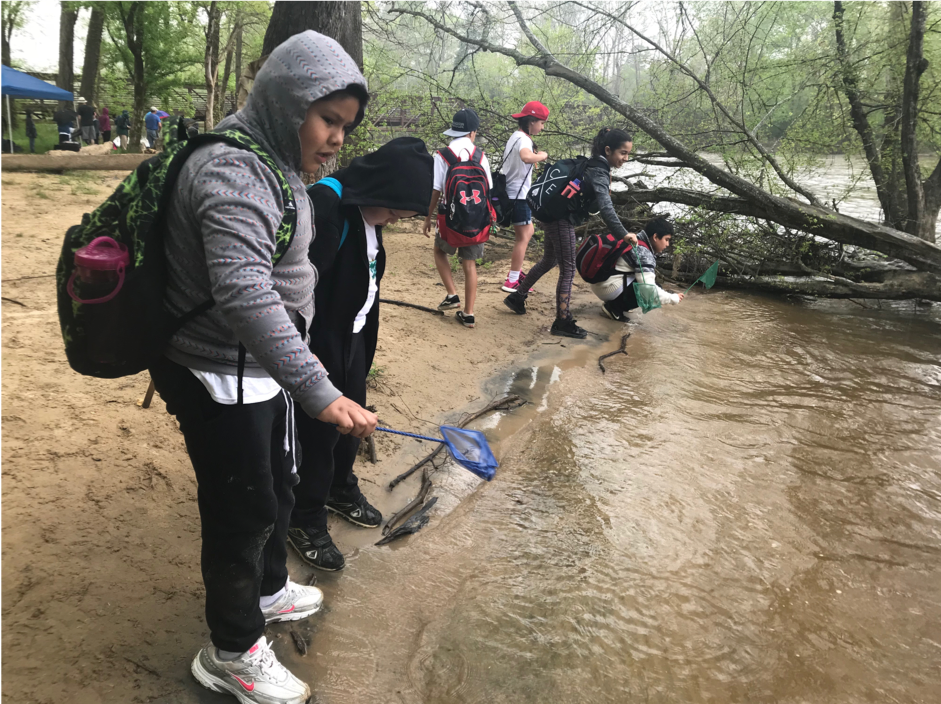 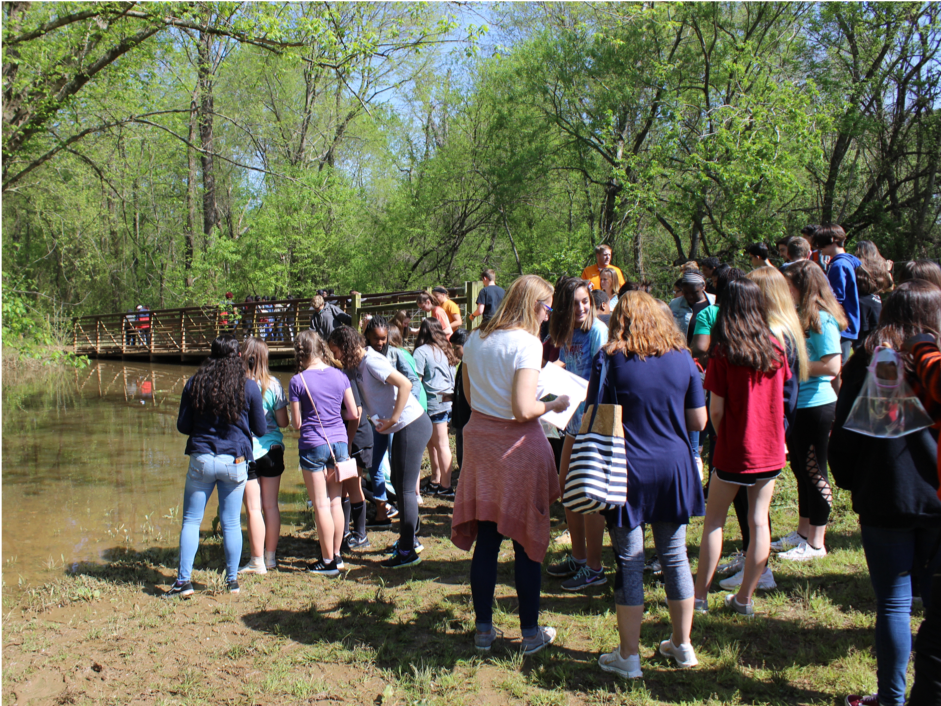 In addition to releasing their shad, students also spotted some wildlife, including an Eastern Box Turtle and American Bullfrog tadpole. 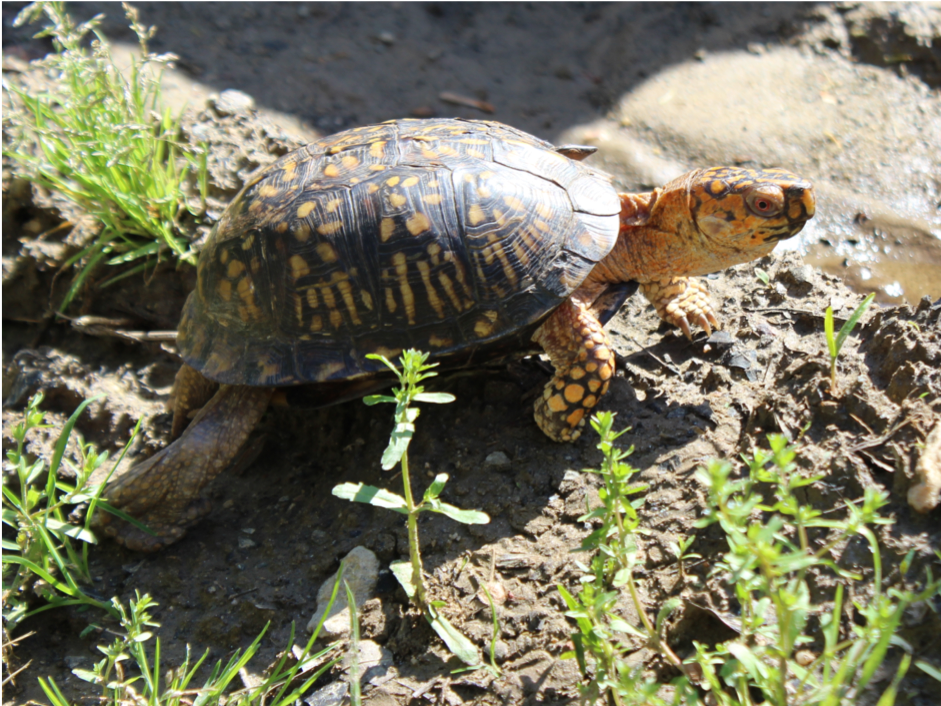 Near the mouth of the Neuse, where the river starts to widen into Pamlico Sound, Beaufort's Tiller School gave their shad a celebratory sendoff.

Additional schools will participate in the Shad in the Classroom program through the remainder of April, then all will clean up and pack away their supplies, eagerly anticipating the annual arrival of shad next year!