The ebb and flow of water guides the rhythms of the natural world. Rivers and creeks swell with spring rainfall, life blooming along their banks. Small streams become inhospitable channels of rock and sand during the hot months of summer. Fall then brings the threat of hurricanes, which can turn waterways into raging torrents that sweep pollutants, sediment, and detritus far downstream.

Gaining a better understanding of these ever-changing flows is the focus of APNEP’s Ecological Flows Action Team. An ecological flow is “the water needed in the stream channel so that aquatic organisms have habitat they can thrive in,” says Team Co-Lead and East Carolina University Associate Professor Mike O’Driscoll. Changes to those flows, from natural causes such as droughts or floods, or human causes such as withdrawing water for municipal or agricultural uses, can negatively affect aquatic ecosystems. Thus, knowing about these changes will help decision makers ensure that the water needs of both human and natural communities are met, now and into the future. 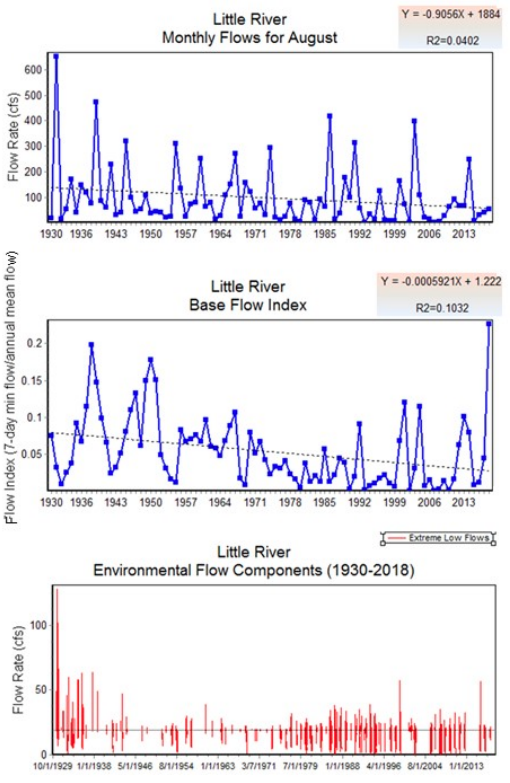 The Team’s work towards their current goal, determining how the amount of water flowing through the Albemarle-Pamlico region’s coastal plain is changing over time, has already led to insights. A recent APNEP-funded paper by O’Driscoll and his team of ECU and Duke graduate students preliminarily found that “there are pretty consistent patterns in low-flow declines in the coastal plain,” reports O’Driscoll. This means that the lowest water levels throughout the region, which typically happen during the summer, are getting lower over time.

However, the cause of this pattern isn’t yet clear. “Is it related to more droughts, are we using more water and it’s not being returned to the stream, or is it a combination of the two?” O’Driscoll says. “In addition, we also don’t really have much guidance, particularly in coastal areas, as to what the effects on aquatic organisms might be from these declines in flows.”

In short – where is the water going, and how big of a problem is this for the region’s aquatic critters? When the flow of a river or stream becomes a trickle, it can be difficult for fish to move around. Low flows during the summer months can increase water temperatures and decrease levels of dissolved oxygen, both of which are bad news for aquatic creatures.

Humans also stand to lose from decreasing flows. Major human uses of water in the coastal plain include agriculture and community water supplies, explains Team Co-Lead and East Carolina University Distinguished Research and Harriot College Distinguished Professor Robert Christian. “Agriculture is an important use of water, and the best way to address future concerns is by having a better understanding of what the consequences might be for current agricultural uses given how much water is available. Water availability is what [O’Driscoll’s] report begins to address,” says Christian.

Climate change is another factor that may impact the region’s ecological flows. “It’s guaranteed that the hydrologic cycle is going to change in North Carolina in the coming decades,” states Christian. “How much it changes we don’t know - but it’s going to change. If you’re going to use ecological flows for planning purposes, you can’t ignore climate change.” Exploring how climate change will affect the region’s rainfall, storms, and groundwater is critical in planning for the future.

Complicating this search for answers is the tidal influence that estuaries have on upstream waterways in the coastal plain. “Flow and salinity dynamics out on the coast are very different from what would happen farther inland,” O’Driscoll explains. Fred Tarver, the NC Division of Water Resource’s representative on the Ecological Flows Team, adds “if you look at the standard hydrologic model used for ecological flows, it doesn’t apply to the tidal waters in the lower river basins. We need to look for an alternative modeling approach.” Understanding flows in this region is critical because low flows can increase the effects of saltwater intrusion, where brackish or salty water from the estuary reaches farther and farther upstream. The saltier water can negatively impact freshwater ecosystems and cause issues for community water supplies. 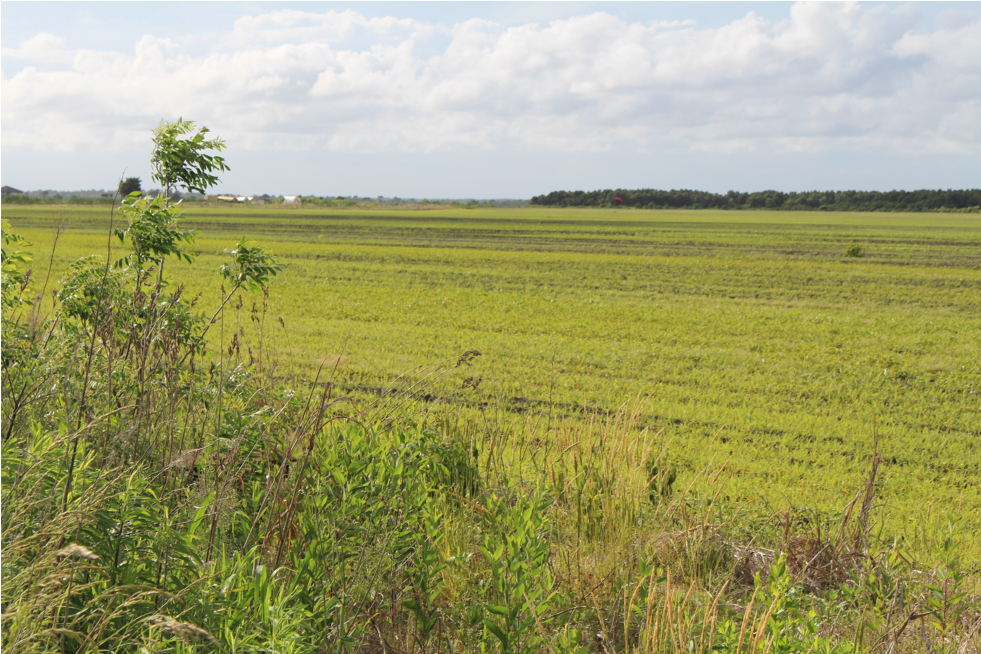 The main purpose of O’Driscoll’s paper is to compile currently-available data for the Albemarle-Pamlico region’s coastal plain in order to assist with analysis of ecological flows in the region and identify data gaps. Next steps for O’Driscoll and the Ecological Flows Team include further analysis of waterways with long-term river gage monitoring in order to better ground truth flows models with field data. Collecting data on a finer spatial and temporal scale is also needed. “We’ve thought about looking at one of the inner coastal plain watersheds where [there is] a good historical record and where there’s more data, as well as at an outer coastal plain watershed that’s tidally influenced, to develop pilot projects and look at ecological flows in more depth,” says O’Driscoll. This intensive study will help the Team to know if their current data is sufficient to accurately understand the region’s flows, or if more region-wide data collection is needed.

On a broader scale, O’Driscoll believes that a more comprehensive, inclusive effort to manage North Carolina’s flows is needed. “A lot of other states have had large stakeholder efforts to help obtain ecological flow recommendations,” says O’Driscoll, “typically the US Geological Survey, the Nature Conservancy, and state environmental agencies work together with other stakeholders in an adaptive management process, where you can work through and look at how the program is going and shift as needed.” This collaboration, he hopes, would help local stakeholders as well as state and federal agencies to find points of agreement in management of the region’s flows.

In the meantime, water will continue to flow through the coastal plain’s waterways, giving life to both the human and aquatic communities of the region. And with the hard work of researchers like O’Driscoll, Christian, Tarver, and the other members of the Ecological Flows Team, it will keep flowing through the Albemarle-Pamlico region for a long time to come.

North Carolina Session Law 2010-143: AN ACT TO DIRECT THE DEPARTMENT OF ENVIRONMENT AND NATURAL RESOURCES TO DEVELOP BASINWIDE HYDROLOGIC MODELS, AS RECOMMENDED BY THE ENVIRONMENTAL REVIEW COMMISSION