The border between North Carolina and Virginia - a line that runs from east to west – seems logical when viewed on a map. But this straight line also divides five river basins, three of which – the Pasquotank, Roanoke, and Chowan - flow into Albemarle Sound. While a state border doesn’t stop the flow of water, it does complicate efforts to coordinate what happens upstream, in Virginia, with the downstream health of North Carolina’s estuaries and sounds. 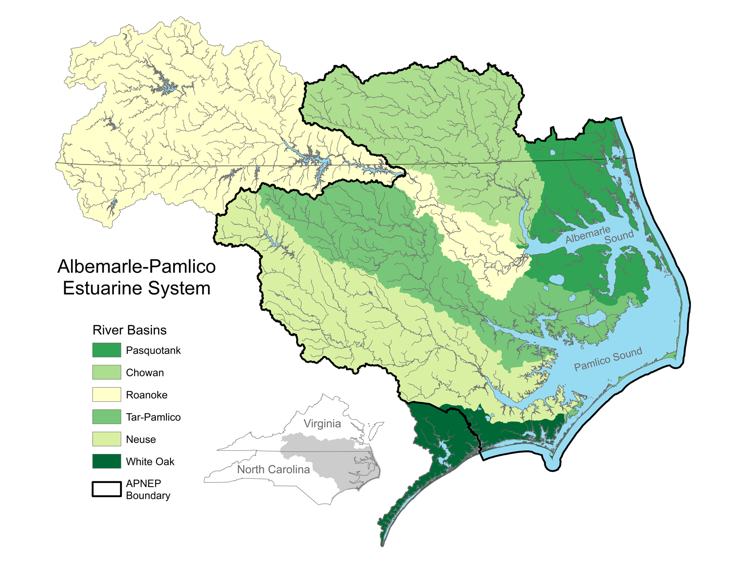 This is where APNEP comes in - part of the Partnership’s watershed-based approach includes an emphasis on working not only within the North Carolina portion of the watershed, but in Virginia as well. The people and organizations of these “Southern Watersheds” of Hampton Roads, which includes 65% of Virginia Beach, portions of Chesapeake and Suffolk, and the North Landing River, Northwest River, and Back Bay, are crucial partners in that effort.

Last year, APNEP facilitated a Memorandum of Understanding (MOU) between the NC Department of Environmental Quality (DEQ), NC Department of Natural and Cultural Resources (DNCR), and VA Secretary of Natural Resources to renew their shared commitment to collaboratively addressing environmental issues in these river basins. As a part of that commitment, APNEP and our partners have also been working this year to revitalize our efforts in Virginia. In addition, APNEP was excited to welcome Steve Hummel, who recently started in his role as Non-Point Source Pollution Coordinator with Virginia DEQ’s Tidewater Regional Office, as our liaison in the Virginia Department of Environmental Quality this fall. 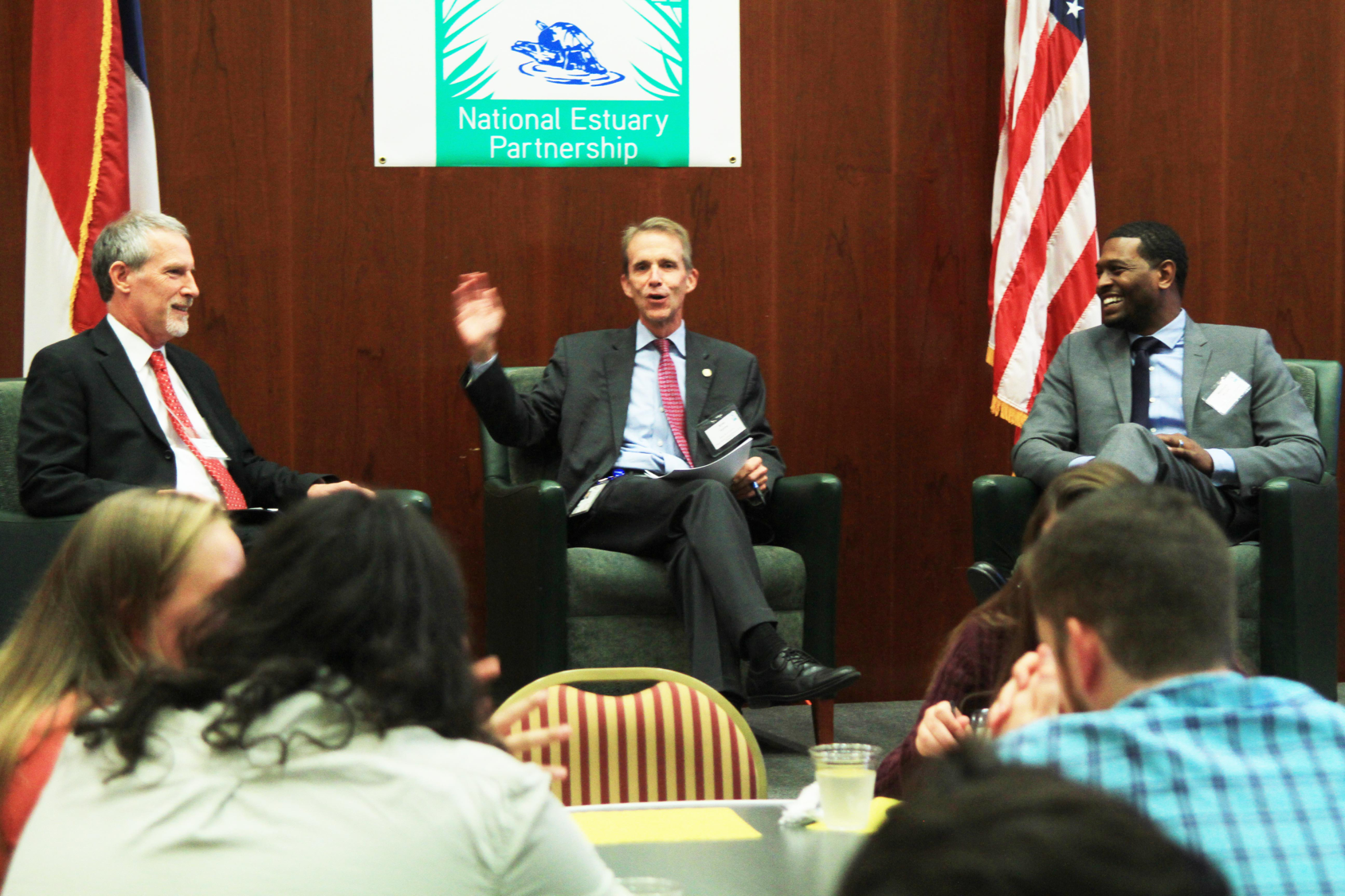 Our partners have been working on interstate issues through collaboration and data-sharing - the Albemarle Commission and partners continue to study the causes of algal blooms in the Chowan river basin, and the NC Division of Water Resources is utilizing Virginia data to update the basin plan for the Chowan River. Virginia Sea Grant and the City of Virginia Beach have hosted several workshops to share lessons learned from comprehensive drainage and recurrent flooding studies with planners and local governments in northeastern North Carolina.

The importance of coastal resilience has been highlighted within both states by gubernatorial Executive Orders that commit Virginia and North Carolina to working on these issues and combating climate change. NCDEQ recently hosted the event, “Sea Level Rise in the Southeast: Implications for the Military and Coastal Communities” which featured Tidewater, a film which highlights flooding in Hampton Roads. The film was followed by a panel discussion for which APNEP Leadership Council Co-Chair Holly White and STAC member Dr. Reide Corbett served as panelists.

APNEP looks forward to building on these efforts in order to develop regional strategies and adaptation solutions, starting with our participation in a NOAA Coastal Resilience Grant led by the Virginia Institute of Marine Sciences that aims to expand the use of natural and nature-based features as a means of building coastal resilience. APNEP will be taking their approach, developed in Virginia, and evaluating its feasibility for North Carolina in 2019. APNEP will also continue working with the Virginia Department of Cultural Resources to explore opportunities to implement the Chowan Healthy Watersheds plan and protect conservation land in the Virginia portion of the Chowan, which not only involves a proactive approach to water quality protection, but may also provide multiple benefits through carbon sequestration and habitat for fish and wildlife. 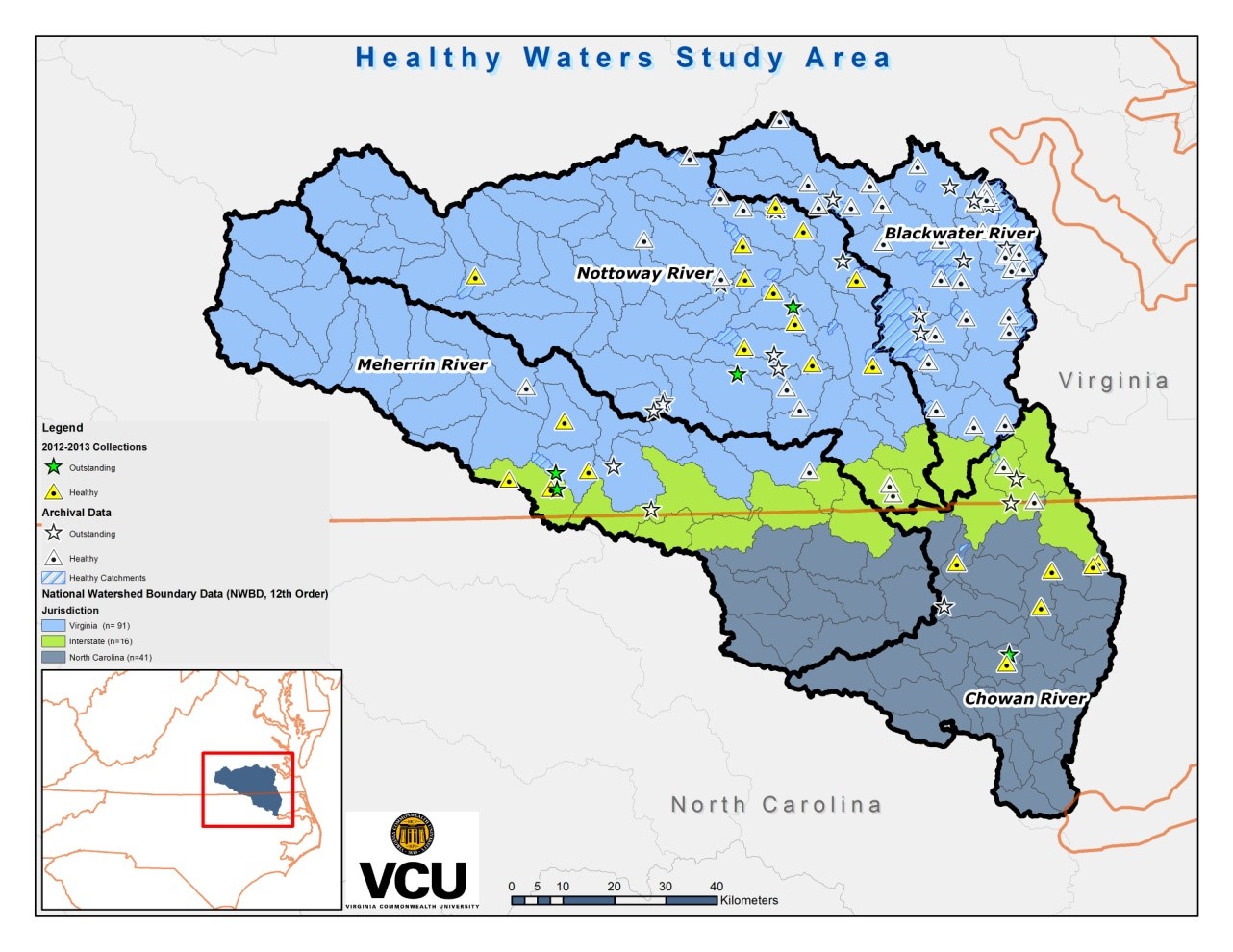 Next year, APNEP and our partners will continue working to strengthen efforts to address these and emerging interstate issues. Representatives from Virginia-based organizations on APNEP’s Leadership Council and other committees help give APNEP an interstate perspective, and APNEP continues to work with Virginia-based stakeholders on research, outreach, and data sharing initiatives that will help to keep our estuaries and sounds healthy.