Can you tell us a bit about your current position?

I work for the North Carolina Sea Grant program as Extension Director. For those who aren't familiar with NC Sea Grant's program, we fund research, extension, and outreach programs, as well as environmental education programs. I manage our extension specialists across central and eastern North Carolina.

Sea Grant covers a wide range of issues, such as coastal policy, erosion, water quality, commercial and recreational fishing, and sustainable tourism. The idea is that our extension specialists, each of whom has a graduate degree in their field, work with researchers in the University of North Carolina system to not only share applied research with a wider audience but to also bring back ideas from the public that need further research. This way we can ensure that the projects we fund can be put to use in local communities. 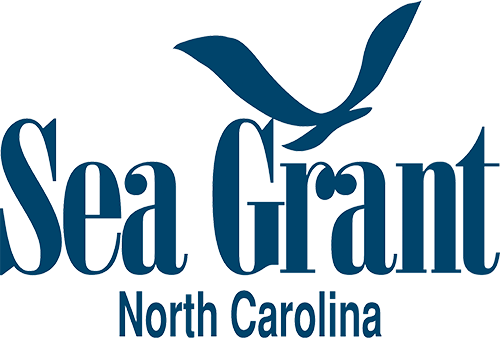 When I first came to work for Sea Grant in 2000, I was living on the Outer Banks doing survey research on dolphin watchers, windsurfers, surf casters, and other wildlife recreation groups, trying to look at those activities as an economic development strategy for coastal communities. While I was there, I heard about APNEP because they were working on projects within the rural sound communities that were dependent on industries such as forestry, fisheries, and agriculture. I met APNEP Director Bill Crowell and others who were working on interesting projects and they asked me if I would like to be on the policy board.

One great thing about APNEP is that although the large number of committees may sometimes make things a little busy, the meetings I attended provided me with a tremendous networking opportunity. Attending APNEP meetings helped me to get to know people in the region quickly – in particular, the local leaders who really make things happen. This meant that when I had projects for Sea Grant, I knew people I could call up personally and ask for their feedback to ensure we were meeting the community’s needs.

Tell us how your work has contributed to our mission of protecting and restoring the resources of the Albemarle-Pamlico region.

As part of APNEPs Ecosystem-Based Management Transition Team, I was heavily involved with rewriting APNEPs Comprehensive Conservation and Management Plan (CCMP) in the late 2000’s - it was quite an undertaking. It's a big document with a lot of moving parts. Input needed to be gathered from people out in the field, from different walks of life, and the APNEP region is so big that different parts of it have different strengths and weaknesses. All this made coming up with a comprehensive management plan a tall order. 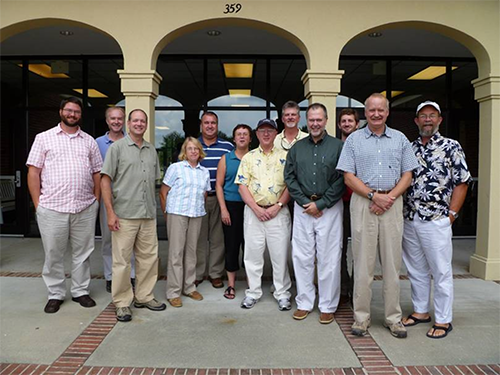 One of the trickiest parts was that when we really got down to the nitty-gritty of deciding what types of changes we wanted to see and how they would be measured, things got really complicated. It’s hard enough to measure biological changes – just try to measure changes in people's lives, which is a big part of what APNEP does! It’s not just about water quality, fish, and birds, it's about communities, public health, and ecosystem health. The way we managed to get it done was to break the CCMP down into smaller pieces, work on those pieces in groups, and then bring it back together at the end. I'd say that overall, while the CCMP is not a totally integrated document, it does account for all the facets that go into the ecosystem.

Both APNEP and Sea Grant are small shops – we don't have a huge staff or huge budgets, so we’ve accomplished a lot by working together over the years. For example, APNEP has funded Sea Grant staff such as Barbara Doll and Gloria Putnam to work on water quality in the Roanoke River Basin, and because of that, we got work done that we otherwise couldn’t have.

Share your elevator pitch! If you had one minute to convince someone about the importance of conserving the Albemarle-Pamlico region, what would you say?

If you look at a map of North Carolina, the Albemarle-Pamlico region really stands out because of the immensity of its estuarine systems. The sounds themselves are a fecund area for the reproduction of fish and other aquatic species. All its wetlands and bottomland hardwoods filter the water coming from upstream, water coming from places that have problems with urban runoff for example. We really depend on the Albemarle-Pamlico region for all the ecosystem services that it provides. 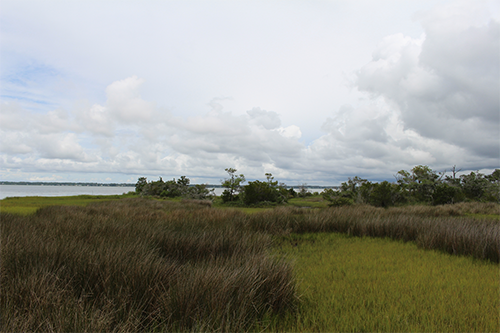 The region also has a rich culture and history worth protecting. There’s a proud tradition of families and communities making a living off the water, and even now when maybe commercial fishing is not as big as it once was, you have a lot of people who come to the coast to go sport fishing. This helps to sustain the economies and cultural heritage of these communities.

Tyrell County is really interesting, but while many people have driven through it, most know nothing about the area. You go through the town of Columbia, head east on US 64, and you come to a rural region called East Lake. It’s part of Alligator River National Wildlife Refuge, so it’s home to the endangered red wolf. It’s also the northernmost place where alligators are found, and has the largest population of black bears east of the Mississippi. A lot of people know those facts, but what most people don't know is that back during Prohibition, the area was home to the largest illegal distillery in the United States. This was because it was very isolated; there weren't any roads, so everyone traveled by water. The operation was so big and employed so many people that they blew a whistle at lunch like in large factories, and then people would take a break and eat lunch.