Dr. B.J. Copeland was Director of the North Carolina Sea Grant program from 1973 to 1996. After obtaining undergraduate and graduate degrees from Oklahoma State University and working at the University of Texas’ Marine Institute, Copeland came to North Carolina in 1970 as Associate Professor at N.C. State University. After leaving N.C. Sea Grant in 1996, Copeland worked as a Graduate Administrator in the Zoology Department at N.C. State and taught courses, leaving his post there in 2002.

How have you been involved with APNEP, now or in the past?

I was involved with APNEP before it was APNEP – before it even existed, in fact! In the 1960’s, the only National Estuary Program was the Chesapeake Bay. In the late 1960’s, somebody got the happy idea that Congress ought to have an annual or biannual report on the status of the nation’s estuaries, so they commissioned one. I came to Chapel Hill in 1968 to work on this report with researcher Dr. Howard Odom – the book we wrote was called “Coastal Ecological Systems of the United States.” To do research for it, we went to every state and gathered material that had been written up or stuck in a drawer, and we took that data on coastal systems and turned it into a book. It was the first work on the status of the nation’s estuaries.

In the 1970’s, a couple of U.S. Congressmen – including Walter Jones from North Carolina, who was chair of the House Merchant Marine and Fisheries Committee - pointed out, “You know, we’ve got an estuary down in North Carolina,” and so they changed the whole setup of the National Estuary Program to include not only Chesapeake Bay, but also other estuarine systems.

In the early 1980’s, North Carolina’s turn came up – and it seemed to make sense that we would call the system Albemarle-Pamlico, rather than just Pamlico. We could have made the case for more than one NEP in North Carolina, but they weren’t going to give out money for more than one per state. The Albemarle-Pamlico National Estuary Program includes a lot of water and a lot of territory – we were known as the second-largest ecosystem on the east coast.

I helped to form the first technical committee for the program, chaired by Dirk Frankenberg, the Director of Marine Sciences at Chapel Hill. We had all the players: John Coslow, Director of Duke Marine Lab, Dirk Frankenberg, the Director from the program at UNC-Wilmington – they were just getting started, C.Q. Brown, who set up the Coastal Institute at Eastern Carolina University (ECU), Mike Orbach, chairman of the N.C. Marine Science Council and from ECU, and Jay Langfelder, who was head of the Marine Sciences department at NC State. 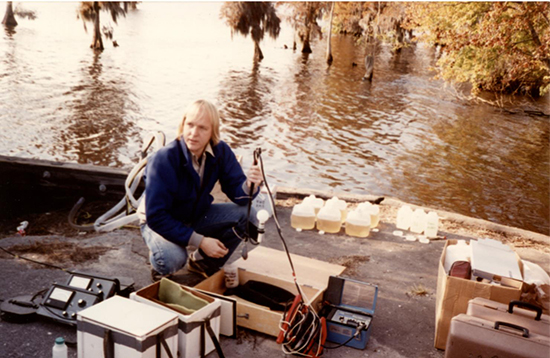 Although they initially didn’t want the government money, Governor Martin and his administration eventually decided the program would be a good thing, so we got started. In 1987, we got the first grant for the program – for the Albemarle-Pamlico Estuarine Study (APES). We were a part of the National Estuary Program, authorized by Congress earlier that same year.

There were some water quality problems that were astronomical! The Chowan River up in Albemarle Sound was a solid bloom one time. Pamlico River had its blooms and the Neuse River had a dinoflagellate that was in the water, killing fish. We had a crisis. You couldn’t sell seafood for a year, so we had to solve this problem. You’ve got to turn this thing around or the seafood industry is going to go down the tubes – that’s the reason for the program. But what people sometimes forget is that you can’t do all this at once. You’ve got to prioritize, you’ve get something understood and you find out it’s really connected to something else over here – it’s not easy. 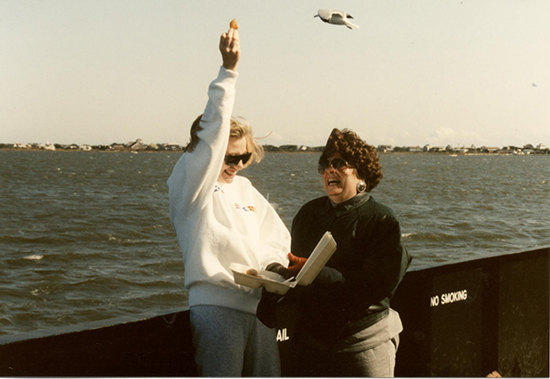 And so, we began to work. We had technical committees and proposals for projects and for priority research, and things began to trickle into state policies and state government. The goal was to combine research, people, and policy into a governmental effort to improve quality, productivity, and use of the estuary. We studied what we didn’t know, combined that with what we did know, and tried to formulate that into an action plan that might result in some improvements – and we did.

After APES produced a Comprehensive Conservation and Management Plan (CCMP) for the Albemarle-Pamlico region in 1994, its name became the Albemarle-Pamlico National Estuarine Program (APNEP). Its mission became, and still is, to identify, protect, and restore the significant resources of the Albemarle-Pamlico estuarine system. While APES’ aim was primarily focused research to identify the status of and issues in the estuary, APNEP shifted to implementing the management and policy recommendations of the CCMP.

Tell us how your work, organization, or research has contributed to APNEP's mission.

Sea Grant takes university equity and combines research with extension – asking, how do you extend this information to people making a living out of these coastal areas? And through communications we package the scientific information in a way that regular people can use. Our goal is to get research out into the system immediately.

Sea Grant was a partner in all this because we had the people who were doing most of the research. It was a good partnership, and benefitted from the fact that APES existed outside our organization. If it had been internal, it would have just become a part of what we were already doing, and there wouldn’t have been any big changes.

It’s very satisfying that I’ve been part of a partnership that’s accomplished things which need to get done in terms of practical solutions. It’s satisfying to have a program that combines citizens, technical research, government agencies, and focuses on an issue. To me, that’s the way we make progress.

Share your elevator pitch! If you had 1 minute to convince someone about the importance of the Albemarle-Pamlico system, what would you say?

The Albemarle-Pamlico estuarine system is the lifeblood of the coastal economy, and if you want to have jobs, quality of life, and you want to have something you’re proud of, then you should have this program. If you don’t want jobs, you don’t want quality, then pitch it – but that’s the bottom line; that’s what we do this for.

I used to have this little laboratory in Aurora, where the Pamlico River and Long Creek come together. We used to sit out there and speculate about pirates – there’s a lot of history there. If I’m in Albemarle Sound, I think about Sir Walter Raleigh sailing up the sound with two English bulldogs that he traded to the Native Americans for shad...so the British could have fish and chips! 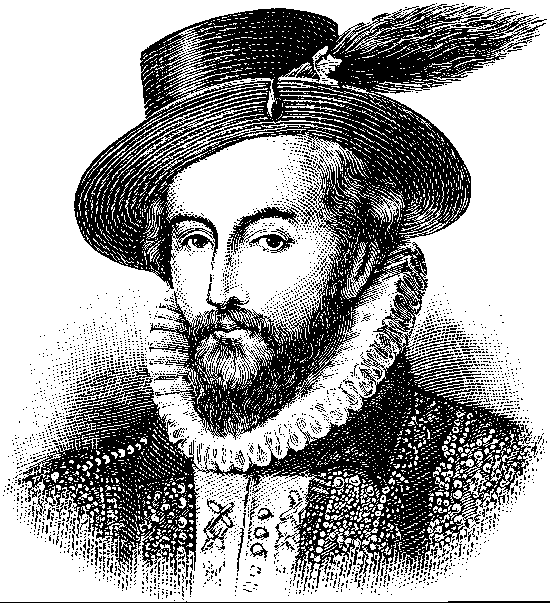 We had a public hearing in the Edenton courthouse; the state was trying to decide what to do. I had been doing nutrient research in the area, and so Art Cooper, who was Assistant Secretary of DENR at the time, called me up and said that they needed somebody who had some notion about what’s going on in the river to come to the public hearing. We all flew in the governor’s airplane up to Edenton and were transported to the courthouse. 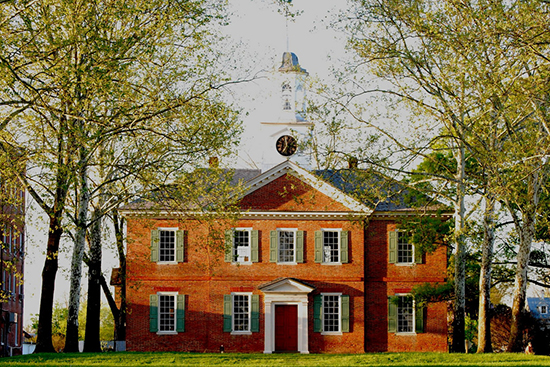 When we got there, we couldn’t get inside – there were people everywhere blocking the entrance. Some of them carrying rifles and shotguns, some of them with a pistol strapped onto their belts…it was a near riot. The County Commissioner took us through the back entrance of the courthouse, and here we are sitting at the Commissioner’s desk and the place is absolutely jammed full! The outside parking lot, jammed full! We started out; we had the Director of DENR there to talk about what they were going to do, we had Art Cooper there to talk about what the governor was going to do, and so on. Finally, Cooper says, “I have here with me Dr. Copeland – he’s the one who’s been doing research in this area and any questions you have, he’ll answer them.”

This one guy in the audience stands up and says, “How much nutrients have we got in the water out there?” I said that I had the information on that, so I open my briefcase, I get out this draft and I turn back around – and he’s standing on the table. He slams his fist and he says, “I don’t want any more data, I want some answers!”

It was a great lesson, that people don’t want data, they want answers. What does this mean? You can give them data till the cows come home and it doesn’t mean a thing in this world. Base your answer on the data though; that’s why the research is so important.

I put my draft back in my briefcase and told him that we were at a point where the algae was blooming because we fertilized it like he did his corn crop. And we got along pretty good after that, but it was kind of a shocking start!

APNEP is different from any other program in that it’s involved with the state agencies themselves and other partners in getting things done. That’s important; that’s where the rubber meets the road. We can have federal rules, we can have this, that, and the other, but it’s the state that has to do the work. And finally, it gets down to the counties, the towns, the rotary clubs. The action is down here, not up there. The [National Estuary] program was designed to improve the nation’s estuaries, and it has.