North Carolina’s Natural Heritage Program (NCNHP) has been exploring the natural areas of the Albemarle-Pamlico region throughout most of its 40-year history. The northeastern corner of North Carolina was one of the first regions to be systematically surveyed by Natural Heritage Program biologists.  The first county-wide natural area inventories included Dare, Gates, Hyde, and Tyrrell, and were funded by the Coastal Energy Impact Program.  They were conducted between 1981-1983, and during this time the NCNHP pioneered the survey approach used through the inventory program. Information from later surveys was compiled in three large volumes describing the ecology, rare species, and special habitats found in the region. Many of the natural areas have not been revisited since the Albemarle-Pamlico Estuarine Study (APES) surveys were conducted in the late 1980’s, while others have gone on to become game lands, state parks, and nature preserves. 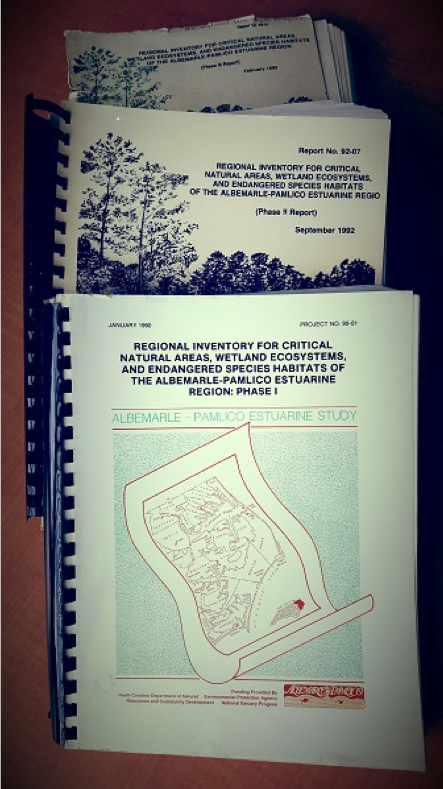 The Natural Heritage Program was created in 1976 when The Nature Conservancy developed a 2-year contract with the Department of Environment, Health, and Natural Resources to study the efficacy of creating a state program with the mission of using scientific data to help make sound conservation decisions (pardon the pun), to help preserve our state’s vast natural heritage for the benefit and enjoyment of future generations.  What began as a good idea has developed into a powerhouse of scientific discovery, exploration, and conservation.

The approach has been to survey natural areas and document locations of rare species, high quality habitats, and unique natural areas by writing reports and keeping maps of the locations, and sharing that information with anyone who asks for it.

Over the years, the Natural Heritage Program has become North Carolina’s central clearinghouse of biological survey data. We have compiled almost 30,000 records of occurrences of rare species and high quality habitat, and we have used this information to help establish nature preserves totaling almost 1.2 million acres.

As North Carolina’s Natural Heritage Program looks ahead to our golden anniversary, we have a lot more to accomplish in our state and in the Albemarle-Pamlico National Estuary Partnership (APNEP) region.  At the western edge of the ecoregion, as part of the NatureServe Network, we are working with the Virginia Natural Heritage Program to develop species habitat models for the endangered Smooth Coneflower.  This beautiful plant is only known from a handful of locations from Virginia to Georgia. In North Carolina, it grows in a rapidly urbanizing landscape in Granville County, along roadsides and in powerline rights of way. 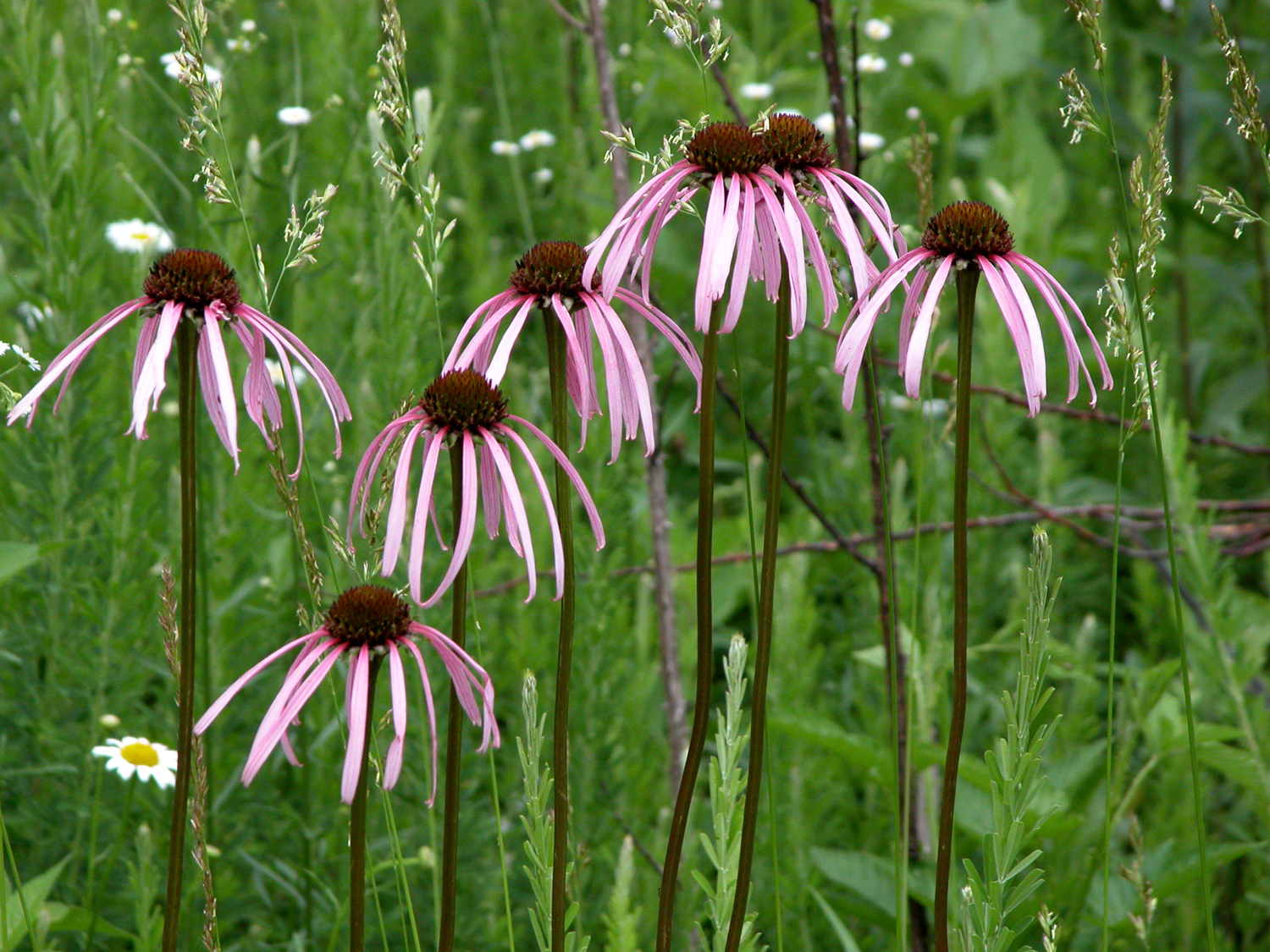 Throughout the APNEP region, we are working with the Clean Water Management Trust Fund to survey sites where local land trusts and government agencies have applied for funding for land conservation.  In recent years, our data and surveys have helped Currituck County receive a grant for Flyway tract in Currituck County, and helped The Nature Conservancy and the United States Air Force acquire easements in Hyde County.  Both areas were recognized as highly valuable wetlands that contribute to the conservation of the region’s natural heritage.